Greetings from Camp St. Francis, in Aptos, where I am in my third day of my 14 day quarantine.   I give thanks to God for my return from Northern Italy and the beautiful space made available to me for my time in quarantine.    The Salesian community in Watsonville (which includes Br. Mike Herbers) has been most gracious and hospitable.   My sincere thanks to them for their Salesian kindness and openness.

As most of you know, our 28 General Chapter ended early (a month early) due to the severity of the Coronavirus, especially, at that time in Northern Italy.   While the Italian government made it clear that large groups and gatherings were to be suspended and not allowed, we were able to continue for another week or so before we were told it was now obligatory for everyone to suspend all gatherings.  The Rector Major, Fr. Angel and the moderator of the Chapter, Fr. Vanoli, with the approval of the Chapter assembly, decided to move the elections of the General Council up a week.   While not everyone was in total agreement, in the end, it was the best thing.   Once the elections were over (by Friday afternoon, March 13th, all the Councilors for the General Council had been either re-elected or newly elected), that pretty much brought our Chapter to a close with some final statements by the Rector Major and those in leadership.   On Saturday, March 14th, after the morning Mass, presided by Fr. Angel Fernandez Artime in the Basilica of Mary Help of Christians, all were free to leave.   Br. Al Vu was able to get a ticket and fly out that same day.  Fr. Tim Zak and Fr. Mike Conway, from the New Rochelle Province, both were also able to leave for the States on Saturday, March 14th.  Others trickled out as situations permitted.   I had great difficulty changing my plane ticket.  And, when I did, my plane was cancelled out of Turin.  So with the help of some friends and a travel agent, I was able to take a train to Rome on Friday, March 20th and fly out to New York (JFK) the next day and on to San Francisco.  Everything worked out well despite the inconvenience of waiting at airports.   I am grateful for the friends and wonderful people God places along our paths.

Once I landed in San Francisco early on Sunday morning, March 22, at 1am, I waited at baggage claim for a few hours before taking an Uber to the Provincial House, placing my luggage into my car in the garage and driving straight to Camp St. Francis, without needing to enter the provincial House.

I am doing fine and enjoying the beautiful scenery and the days of quiet and reflection here at Camp St. Francis.   Thank you for your prayers.  You are in mine.

At the Chapter in Turin we were 222 official delegates from every Salesian province in the world plus 15-20 others who formed the team which took care of so many details so that we would be able to have a smooth running Chapter.   Unfortunately, after the Chapter many of the provincials and delegates were unable to return home to their country because of closure of borders.   All the Salesians from India, Sri Lanka, Peru, Venezuela, Santo Domingo, Ukraine and a few others were unable to return and are still in Valdocco waiting for permission to go back to their countries.   There are around 45 Salesians still living at Valdocco.    Please pray for them.

Although the Chapter lasted only a month, and we were unable to finish all the work which had been planned, I found the experience quite rich and spiritually nourishing.   The Rector Major encouraged us to live those days, even in the midst of the uncertainty of the pandemic and its consequences, with peace and trust in God and Mary Help of Christians’ protection.    I never really felt afraid and we were very well treated and cared for by the Salesian hospitality team.   Good friendship were made and there were some very moving moments of prayer and reflection.   At first, all the Chapter members were assigned to five different living spaces:  Valdocco, at the FMA guest house next door and three other hotels (two within walking distance and one near the airport).   Eventually, as the seriousness of the situation became clearer, we were moved either to Valdocco or to places which were closer to where we were meeting.   But, even this inconvenient situation did not shake the family spirit and good will of those at the Chapter.   I was impressed and inspired by the faith and availability of so many Salesians from all over the world.  It was good to be there!

As time goes on, I am sure Br. Al Vu and myself will reflect more on our experience in Valdocco and some of the reflections that came out of the Chapter days.   The Rector Major hinted that a document (as other Chapters have produced) would not come out.    Perhaps, a summary of the reflections and returning to the Chapter document on the laity, would be a way forward.   I would also encourage all of us to read and reflect the Synod document which focused on the young, “Christus Vivit.”   We referred to that document quite frequently, especially, in the sub commissions.   It became clear from the first days of our reflection that the priority of our mission to the young, especially, those who are in most need, our presence among them and our witness of fraternal life, would become central to the Chapter’s final deliberations.    Our return to the Preventive System with kindness and gentleness as our basis and our dependence and trust on God, would also take a front row seat. 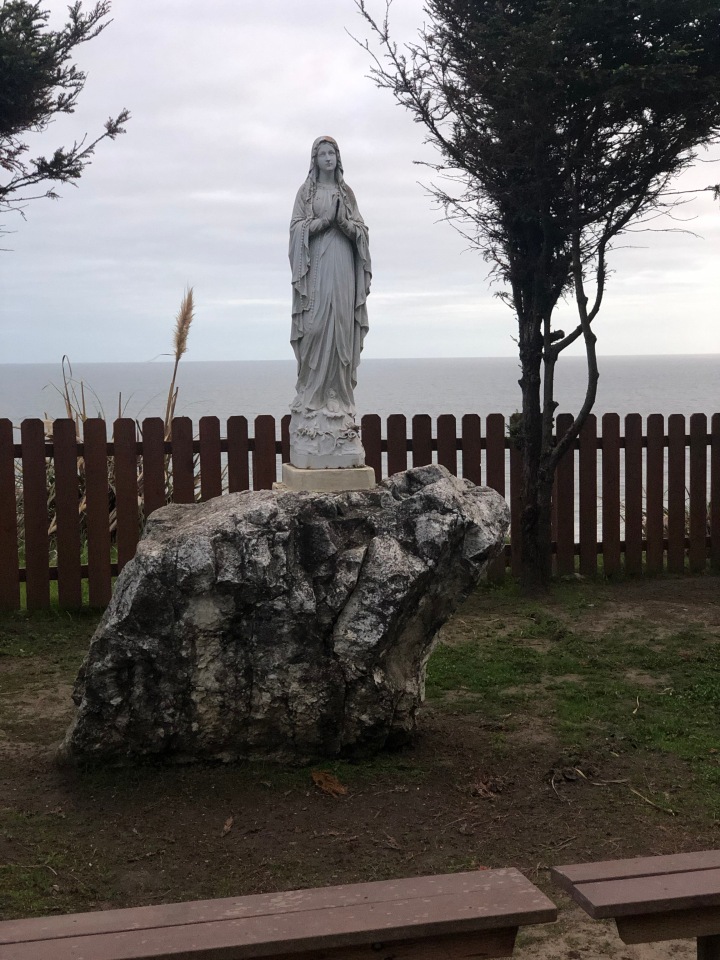 These are difficult and uncertain times.  We have never experienced, at least within our lifetime, such a disruptive and sudden change in our way of living and thinking.  We are not sure what the next few months will bring.   But, we are encouraged to take this time to pray, reflect and spend time with loved ones at home.   We are people of faith and trust in God’s presence and love.   Being able to enter the Basilica of Mary Help of Christians often and attending many Chapter services there, among many things, I was inspired by the fact that Don Bosco had a great devotion to Mary, as Mother and guide.  “She has done it all,” was a frequent response he would give when people praised what he had accomplished.   He started the Basilica with no money (or, very little) and a great trust in God.  More than professionals, we Salesians, Religious and lay, are encouraged to take up this same Salesian characteristic of sensing God’s presence in all we do and where we are, even in moments of uncertainty and discouragement.    In his darkest moments, Don Bosco never lost hope and never lost sight of the kindness and gentleness of St. Francisco de Sales.   It is our legacy!

Yesterday I received a reflection on the “Coronavirus and Don Bosco” sent by Fr. Mike Mendel but written by Fr. Anyone Farrugia from the Malta Province.  Hopefully, it will be included in Intouch as another reflection how we Salesians can confront these difficult times.

I am not sure what the next few weeks will mean for my travels in visiting communities or for any of us.  Let us keep in contact and keep communicating with one another.   In our Inter-American Region, we are in contact through WhatsApp.   Not many here in the States seem to use this free and easy way to stay in touch.   Let us use these days for greater prayer, more fraternal and family dialogue, more patience and for the opportunity to be kind and gentle with one another.    You are in my prayers!

With warm regards and gratitude,

Welcome and thanks for visiting!